Moto-Lita - a thoroughbred through and through 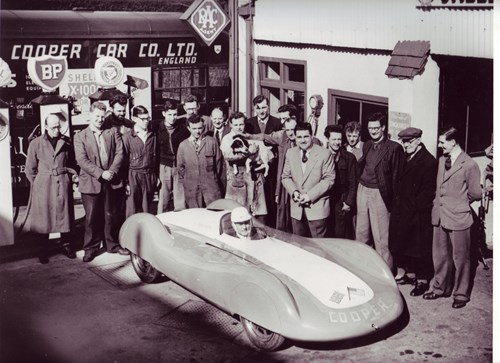 With some trepidation a young boy, just fourteen years old, pushed open the door and stepped into the premises of the famous Cooper Car Company. A short while later, as he donned his overalls and began his apprenticeship, he had no inkling of the success story that would unfold before him. That young boy was Simon Green, founder of Moto-Lita.

Working for the famous British racing car maker was a dream come true and three years later, having proven his skills, Simon was tasked with making steering wheels for Cooper’s racing cars - a skilled and responsible job that paid the princely sum of eight old pence per hour. Having served his time at Cooper’s, Simon moved on to work with Rodney Clarke and Mike Oliver at Connaught Engineering - makers of Club and F2 racing cars - before taking a position with another race-car manufacturer, Hersham & Walton Motors, better known as HWM.

These were exciting times; the heyday of British Motor-sport and Simon Green was a young man in the thick of it. Cooper cars were establishing themselves as a British thoroughbred, Connaught enjoyed a degree of success and HWM were building some innovative cars while establishing one of Britain’s first travelling race teams. Stirling Moss was cutting his race-winning teeth with Cooper and HWM, and Simon was realising that he was truly passionate about high-quality, well-designed and effective steering wheels. 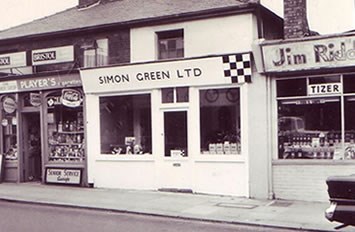 In 1956 a tragic accident was to have a major impact on Simon’s future. Baron John Heath, a partner in HWM, was racing in the 1956 Italian Mille Miglia when, in heavy rain, his car went out of control. He later died from his injuries: an event so catastrophic that HWM went into rapid demise and ceased production a short while later. It was shortly after the death of John Heath that Simon decided to leave HWM and start his own business - Simon Green Limited.

In a redundant chicken shed on a farm in Esher, Simon started to design and make his own steering wheels. His plan was to design and build race-grade wood and leather rim steering wheels for road cars. Armed with his tools, ideas and enthusiasm, Simon made his first wheel, placed a photo-ad in “Autosport” and the Moto-Lita brand was born.

A short while later, Simon had a call from his first customer, Alfred Moss, father of Stirling Moss and partner in British Racing Partnerships. Alfred ordered two steering wheels and set in motion a run of production that has continued ever since. Mr Moss wasn’t the only one to respond to Simon’s advertisement and the orders continued to roll in. Simon's Moto-Lita steering wheels quickly built a reputation for craftsmanship and quality. The news of a new high end, yet affordable steering wheel spread throughout both the automotive industry and the car enthusiast community. At the start of 1958 Simon was so busy, and his products in such demand, that he employed two friends to help him keep on top of the orders. 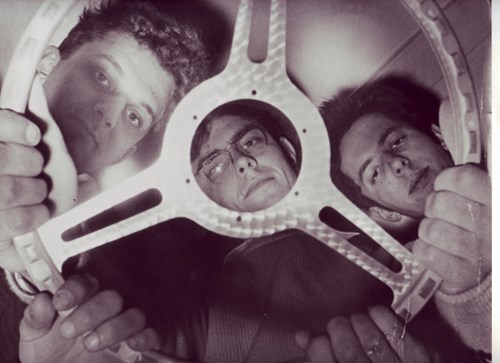 Just a year later, with masses of work in progress and a bulging order book, the old chicken shed was bursting at the seams so, in 1959, Simon leased premises at 69 Brighton Road, Surbiton. This provided a larger workshop and a shop-front where customers could visit to discuss their requirements and see a variety of wheels on display. As the ‘50s drew to a close, a bright new decade heralded a new phase in motoring and tuning shops sprang up across the country, offering inspired young enthusiasts all they needed to customise and super-tune their cars. These shops bought vast numbers of Moto-Lita steering wheels and created a further increase in demand, a demand that was met by long hours and hard work, never with a decline in the high-standards that had made Moto-Lita the steering wheel of choice.

By 1964 demand meant that production had outgrown the facilities at No. 69, and it was time to move again, but not so far. Simon purchased an old factory and four cottages in Brighton Road. The factory housed the offices in addition to the metal and polishing workshops, while two of the cottages were converted into a smart showroom with leather and wood workshops, plus packing and dispatch facilities at the back. The remaining cottages provided storage and further office space. It was around this time that Simon was commissioned to work on the production of original equipment for two more car makers: AC Cars and Shelby Mustang. 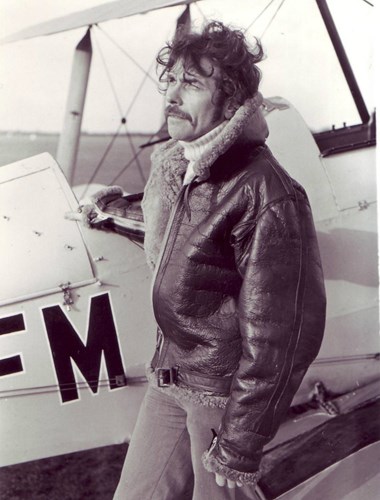 Somehow, amid all of this work, Simon had found time to follow his interest in flying and had qualified as a pilot. In the early ‘70s he thought it would be fun to find a WWII style flying jacket to wear and this led to Moto-Lita producing the famous Irvin RAF Flying Jacket. While trying to locate a jacket for himself, Simon discovered the history of the original flying jacket, designed by Leslie Irvin (who also invented the parachute rip-cord system). Simon contacted Irvin GB, the company that had made the flying jackets for the RAF only to discover that the original jackets had gone out of production. With the same enthusiasm that had built the success of his steering wheels, Simon borrowed photographs from Irvin and a jacket from the RAF museum at Hendon. From those he made a pattern and a sample jacket. He took the jacket to Irvin GB and they subsequently gave him their approval, granting him permission to produce the Irvin RAF Flying Jacket and to use the Irvin name and logo.

No other company has been granted these rights and from this point in the early '70s Simon has been the only manufacturer of the genuine Irvin RAF Flying Jacket, each one made to the exacting standards that Simon’s customers have come to expect.

The ‘70s were to become an important decade for Simon and the Moto-Lita craftsmen. They were to move again, relocating to Hampshire in 1975. This was also the decade that saw Saab commission Moto-Lita to make the steering wheels for the Saab EMS. This was another addition to an already impressive list of Original Equipment Manufacture (OEM) customers. Between the first commissions from Aston Martin, AC Cars, Shelby Mustang and the new work for Saab, Moto-Lita steering wheels had been used as original equipment by (hold onto your hats)... Austin Healey, Caterham, Chevron, Cooper Car Co., Excalibur, Jaguar, Jensen, Lister, Lola, MG Car Co., Opel, Panther, Rolls Royce, Rover, TVR and Vauxhall.

With such an impressive roll-call and high levels of orders it’s hard to imagine that every wheel supplied was hand-crafted, but every one of them was just that: a hand-crafted steering wheel, which is of course, why they were, and are, so sought after. 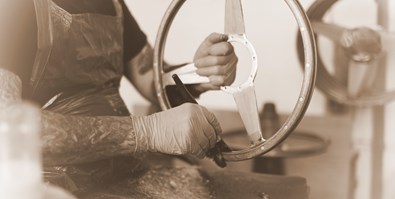 Moto-Lita exports continued to expand through the ‘70s with new sales in Japan, America, Sweden, Germany, Australia, and beyond. As a result Moto-Lita steering wheels can be found in almost every developed country in the world. Another move in 1979 took the business to its current location in Thruxton and it was around this time that - recognising that the Moto-Lita brand had become so well known - the company changed its name from Simon Green Limited to Moto-Lita Limited.

During the ‘70s Moto-Lita also made a little break with tradition and created funky, bright orange leather steering wheels for each of six promotional “Orange Cars” used for advertising by OutSpan Oranges. One these can still be seen at the Beaulieu Motor Museum. 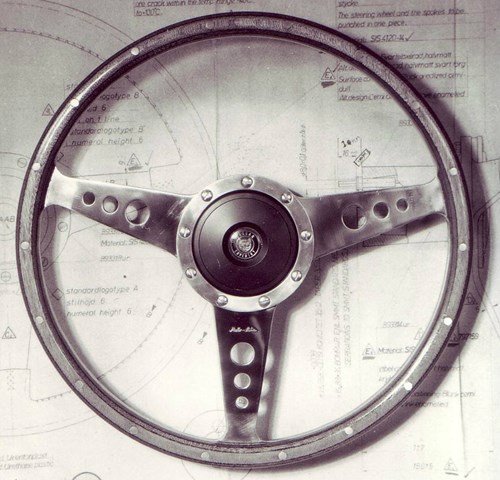 Through the 1980s Moto-Lita continued to go from strength to strength, further enhancing their leading position at home and abroad. As customers became heavily involved in restoration and renovation projects, Moto-Lita wheels were in high demand and, as the kit-car market developed a new market came to love all that a Moto-Lita steering wheel stands for. As the ‘90s dawned, Moto-Lita was again working with Aston Martin, this time the commission was to create the steering wheel for their stunning Aston Martin Virage.

Moto-Lita has certainly built an unshakable reputation and in so doing has created a loyal following and an enviable worldwide sales record.

We’ve supplied to the Sultan of Brunei and appeared in “Open all Hours” as the object of Granville’s desire. We’ve made a steering wheel for Gina Campbell to replicate that used by her father during his tragic water speed record attempt and made a wheel for her offshore powerboat. We’ve made wheels for rally and sports car drivers including Paddy Hopkirk (winner of the Monte Carlo Rally), Andy Rouse and Tony Pond, and Timo Makkinen, who drove using a Moto-Lita steering wheel in the Mini Works Racing Team. 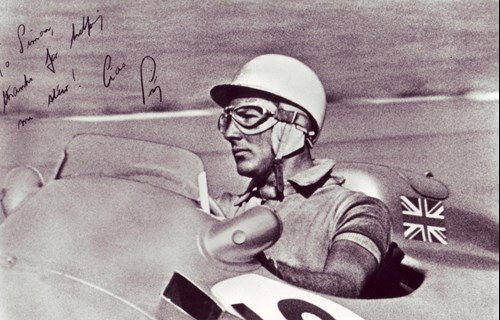 We’ve made steering wheels for Stirling Moss and for the Austin Rover Group, we’ve made five replicas of the Bluemels Wheel from Stirling’s record breaking MG. We’ve supplied Formula wheels to Penske, Lola, Chevron and March. In Sky Television’s MG Re-born programme, Mark Evans fully restored his MG and used a Moto-Lita steering wheel. Richard Hammond enthused about the Aero Eight Morgan on Top Gear, which of course, had a Moto-Lita steering wheel. And we are pleased to say that Moto-Lita wheels are one of the options for customers buying a brand new Morgan.

You’ll find our steering wheels in cars owned by enthusiasts and cars made by the world’s leading manufacturers. They’re in cars in garages, museums and private collections. If you visit a show such as the Goodwood Festival of Speed you shouldn’t be surprised to discover that almost every other classic car on show sports a Moto-Lita steering wheel.

We are proud of our history and heritage and of our success and reputation. But most of all we are proud of what we’ve done, and what we do - we make first class, handcrafted steering wheels in the finest traditions of British craftsmanship. 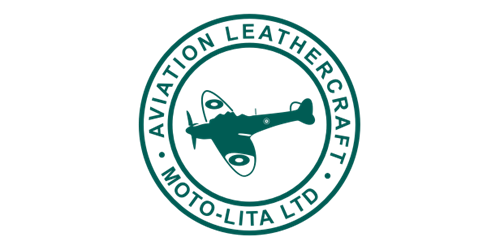 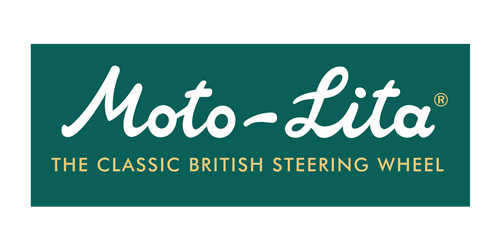 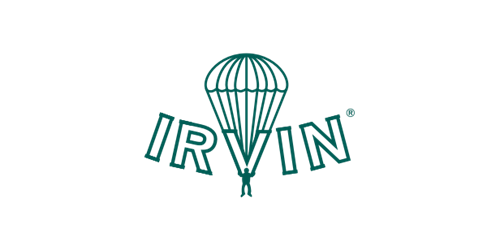 This site uses cookies. By continuing to browse the site you are agreeing to our use of cookies. Find out more here